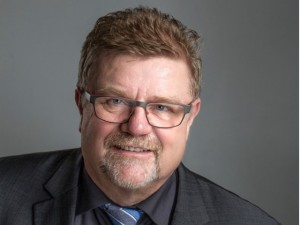 The DTRW GmbH expands at hessian Lahntal. In an interview with the press officer Susanne Sippel Manfred Apell mayor of the commune gives informations about the prospects for Lahntal and the history of the settlement of DTRW at Lahntal. DTRW currently is building capacities of 60.000m² for storing used textiles. With these construction in Lahntal the company can react on fluctuations of the market and can provide room for 108.000.000 kg used textiles. Furthermore the company will build an office building at Lahntal.
The onset of DTRW can be found at Lahntal also. The company starts its work with a small warehouse for used textiles. By means of permanent increase the company was in need of bigger capacities for the used clothes and the employees and a move to Burgwald was unavoidable. Now DTRW is going to get back to its ‘place of birth’. After a few reservations about textilerecycling companies, some members of the commune have had, the local government agrees and the negotiations for purchasing the terrain could be started. The mayor of Lahntal says, that the storage of used textile is a clean thing. Compared to scrap metal for example, there would be no pile of rubbish defacing the commune. ‘Besides used textiles do not produce harmful environmental conditions’ Manfred Apell says.
The negotiations with DTRW where hard but fair. ‘What was arranged where maintained’ Apell underlines and declares:’ that everyone wants to protect his interest is obvious.’ For his commune the mayor sees some benefits in the settlement of the textile recycling company, for example the growing industrial taxes, more jobs and benefits for the local retail. ‘Besides DTRW helps us with its purchase of real property to cope with the financial crisis’
The habitants did not get in nearer contact with DTRW so far, Apell says and explicates, that it would be nice to get more informations about DTRWS plans for the general public. ‘Maybe one or another would have liked a company like Microsoft settled in Lahntal, ‘Apell smirks. But he is sure ‘With the new buildings DTRW improves its state in the community and with the new warehouse the company will be take its place in the population of Lahntal.’
The employees of DTRW are looking forward to the move to Lahntal and to a friendly neigbourhood.